The Role & Relevance of Religion In Ethiopia’s Current Conflicts 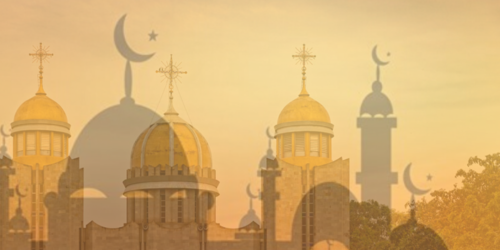 Ethiopia has always been celebrated as a unique case of peaceful religious inter-relations. This has recently been distorted by what seems like a surge of religious violence. There have been reports – confirmed and unconfirmed – about religious-based casualties, attacks on Christians and Muslims, churches burnt, mosques destroyed, and people seeking refuge in churches. It is moreover claimed that since July this year, over 100 Orthodox Christians have been killed and more than 30 Orthodox churches burnt – mostly in the eastern parts of the country, but also in Sidama zone in the south-central part, in SNNPRS. This resulted in widespread demonstrations mostly in the northern part of the country in the month of September, organized by the Ethiopian Orthodox Church (EOC).

Are we now seeing religion emerging as a more explicit conflictual factor? Should we expect an increase in religious violence? And, is this something new?

On the one hand, it is clear that the way religion has surfaced in this manner represents a new development. This has the potential to contribute to escalate current tensions, and beyond that, also create new conflict categories and enemy images. In addition, the articulation of religion as the driver and the claims of religiously-motivated violence have the inevitable effect of further accentuating the religious dimension of the conflicts. It is particularly interesting to note how the government is underscoring religion as part of the current violence, seen for example by how Prime Minister Abiy Ahmed explicitly mentioned the religious affiliations of the causalities of the latest violence. Recent developments are, on the other hand, intimately connected to ongoing ethnic conflicts, and the current situation cannot be fully understood without recognizing the intertwined relationship between religion and ethnicity. Similarly important is that the relevance of each of these two dimensions needs to be carefully examined as they appear in local contexts.

The current violence is, at the same time, a reflection of a broader trend of increased inter-religious tensions in Ethiopia over the last decade or so. Most of these have been of a local character, often related to contestations over building of mosques, claims about desecration of religious books or artifacts, and conflicts related to celebrations of religious rituals. Increased inter-religious fragility is intertwined with a number of factors, but remains connected to significant shifts in Ethiopia’s religious landscape over the last decades, which has become more dynamic and fluid where boundaries are transgressed, re-demarcated, negotiated, and contested. A full understanding of the current developments can thus only be achieved through an examination of these intertwined dynamics.