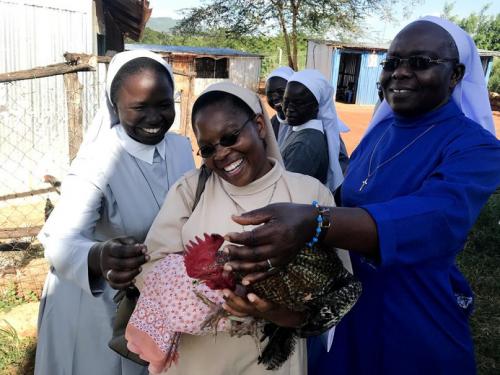 Sister Christine Imbali of the Assumption Sisters of Eldoret, in western Kenya, has been working to help low-income women and families end their reliance on her small community of Catholic religious women and other charitable groups. Instead of a charity, she wants to give families in the country’s fifth-largest city the option to be self-sustaining and to contribute an important aspect of a healthy city — nutrition.

“You cannot evangelize to people who are hungry, who are dying, who are not getting an education,” Imbali said. In April, she hopes to introduce poultry farming to her families in hopes that social enterprise, as these kinds of helping businesses are known, will take off in Kenya.

The notion of do-gooding chickens originated in July of last year at the third Vatican Conference on Impact Investing in Rome. The conference was part of a series intended to “serve as a vital, long-term, global platform around Pope Francis’ vision of ‘placing the economy at the service of peoples,’” according to the conference’s report.