Letter from Africa: Nigeria’s war of the religious robes 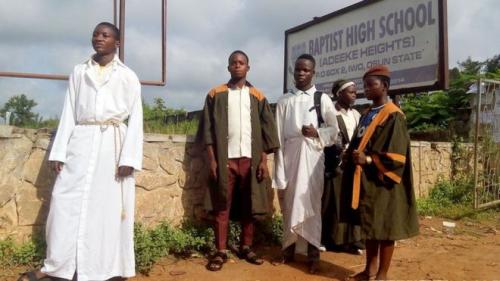 In our series of letters from African journalists, novelist and writer Adaobi Tricia Nwaubani looks at how the latest religious tension in Nigeria is playing out in what people wear to school.

Almost all of Nigeria’s many inter-religious crises have erupted in the north of the country, where the majority of the country’s Muslims live, along with a sizeable Christian minority.

But, over the past few weeks, a religious conflict of a peculiar nature has sprouted in Osun state, south-west Nigeria, which has a large population of Muslims as well as Christians.

While previous religious conflicts have involved machetes, the battle in Osun is being fought with religious garments.

It’s the war of the religious robes. More at BBC.